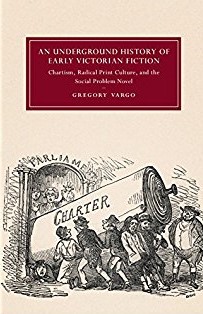 How does the literature and culture of
early Victorian Britain look different if viewed from below? Exploring the
interplay between canonical social problem novels and the journalism and
fiction appearing in the periodical press associated with working-class protest
movements, Gregory Vargo challenges long-held assumptions about the cultural
separation between the ‘two nations’ of rich and poor in the Victorian era. The
flourishing radical press was home to daring literary experiments that embraced
themes including empire and economic inequality, helping to shape mainstream
literature. Reconstructing social and institutional networks that connected
middle-class writers to the world of working-class politics, this book reveals
for the first time acknowledged and unacknowledged debts to the radical canon
in the work of such authors as Charles Dickens, Thomas Carlyle, Harriet
Martineau and Elizabeth Gaskell. What emerges is a new vision of Victorian
social life, in which fierce debates and surprising exchanges spanned the class
divide.