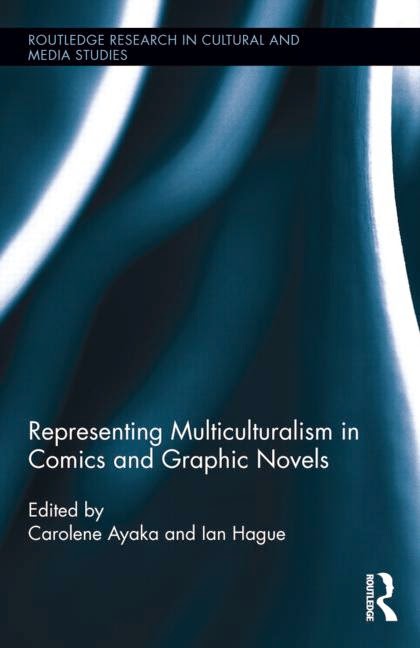 Multiculturalism,
and its representation, has long presented challenges for the medium of comics.
This book presents a wide ranging survey of the ways in which comics have dealt
with the diversity of creators and characters and the (lack of) visibility for
characters who don’t conform to particular cultural stereotypes. Contributors
engage with ethnicity and other cultural forms from Israel,
Romania, North America, South Africa, Germany,
Spain, U.S. Latino and Canada and
consider the ways in which comics are able to represent multiculturalism
through a focus on the formal elements of the medium. Discussion themes include
education, countercultures, monstrosity, the quotidian, the notion of the
«other», anthropomorphism, and colonialism. Taking a truly international
perspective, the book brings into dialogue a broad range of comics traditions.

Part I: Histories
and Contexts

2. Ana Merino:The Impact of the
Latino Identities on the Alternative Landscape of Comics: Thirty Years of Love
and Rockets

6. Mihaela Precup:The Image of the
Foreigner in Historical Romanian Comics under Ceauşescu’s Dictatorship

7. Sarah D. Harris: The Monster
Within and Without: Spanish Comics, Monstrosity, Religion, and Alterity

14. Emma Oki:Representations of
Japanese Americans in Adrian Tomine’s Shortcomings and Scenes from
an Impending Marriage

15. Alex Link:Tulips and Roses in
the Global Garden: Contesting Cultural Identity in Persepolis and
Tekkonkinkreet

Carolene Ayakahas a doctorate in
social policy from the University
of Chichester. She did
her MA in Gender studies and diversity at the University of Bradford.
Her main area of interest is identity; how it is theorised and presented as
well as its negotiations and diverseness (thus far having mainly focused on
African female identity). Her interest in comics stems from her enjoyment of
exploring how they are used to represent and translate people’s everyday lives
and imagined lives.

Ian Hagueis the director of
Comics Forum (http://comicsforum.org), an academic organization that promotes
the study of comics and related forms. He is the author of Comics and the
Senses: A Multisensory Approach to Comics and Graphic Novels (Routledge
2014) as well as various articles and reviews, and he holds a PhD from the University of Chichester. He can be found online at
www.ianhague.com and on Twitter@drianhague