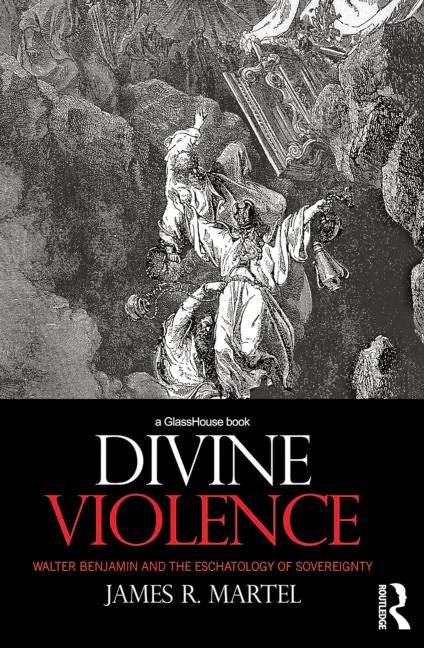 Divine
violence: Walter Benjamin and the eschatology of sovereignty

Divine Violencelooks at the question of
political theology and its connection to sovereignty. It argues that the
practice of sovereignty reflects a Christian eschatology, one that proves very
hard to overcome even by left thinkers, such as Arendt and Derrida, who are
very critical of it. These authors fall into a trap described by Carl Schmitt
whereby one is given a (false) choice between anarchy and sovereignty, both of
which are bound within—and return us to—the same eschatological envelope. In
Divine Violence, the author argues that Benjamin supplies the correct political
theology to help these thinkers. He shows how to avoid trying to get rid of
sovereignty (the «anarchist move» that Schmitt tells us forces us to
«decide against the decision») and instead to seek to de-center and
dislocate sovereignty so that it’s mythological function is disturbed. He does
this with the aid of divine violence, a messianic force that comes into the
world to undo its own mythology, leaving nothing in its wake. Such a move
clears the myths of sovereignty away, turning us to our own responsibility in
the process. In that way, the author argues,Benjamin succeeds in producing an
anarchism that is not bound by Schmitt’s trap but which is sustained even while
we remain dazzled by the myths of sovereignty that structure our world.

Divine Violencewill be of interest to
students of political theory, to those with an interest in political theology,
philosophy and deconstruction, and to those who are interested in thinking
about some of the dilemmas that the ‘left’ finds itself in today.

The political theology of sovereignty

In the maw of sovereignty