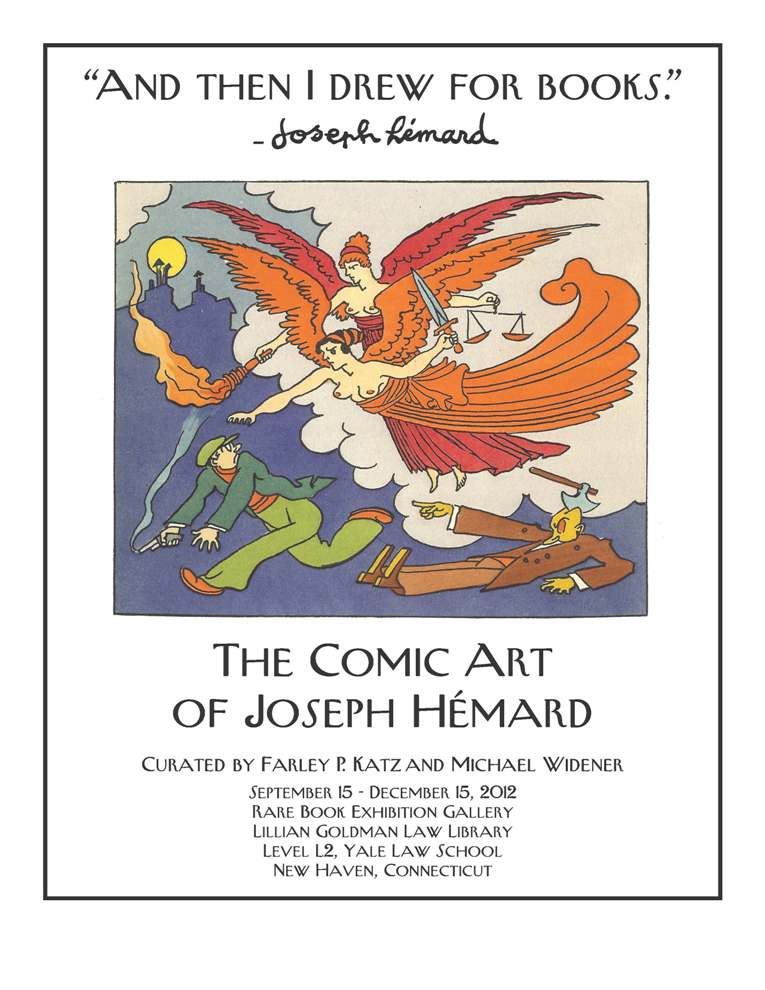 It would take a genius to illustrate one of the most boring books imaginable, a code of tax laws, and create a comic tour-de-force. That genius was Joseph Hémard (1880-1961), who in his lifetime was probably France’s most prolific book illustrator. His illustrations are the focus of the latest exhibit in the Yale Law Library, «‘And then I drew for books’: The Comic Art of Joseph Hémard.»

The exhibit, on display until December 15, is curated by Farley P. Katz and Michael Widener. Katz, a tax attorney from San Antonio, has built one of the world’s finest collections of Hémard’s works. Widener is the Rare Book Librarian at the Lillian Goldman Law Library.

The exhibit showcases eight of the 183 illustrations in Hémard’s Tax Code, donated to the Yale Law Library by Katz, along with two of the other three law books on display from the library’s Rare Book Collection.

The other 19 titles on view are all from Katz’s personal collection. They include children’s books and some of the many classics of French literature that Hémard illustrated, such as works by Balzac and Anatole France. Items on war include Hémard’s own pictorial account of his time as a German prisoner in World War I, and a set of anti-Hitler postcards. Hémard even illustrated a pharmacy manual and a pamphlet on the prostate.

The exhibition’s title comes from Hémard’s tongue-in-cheek autobiography. Following a long, rambling description of supposed ancestors, he devotes two paragraphs to his early life, and finishes with: «And then I drew for books.»