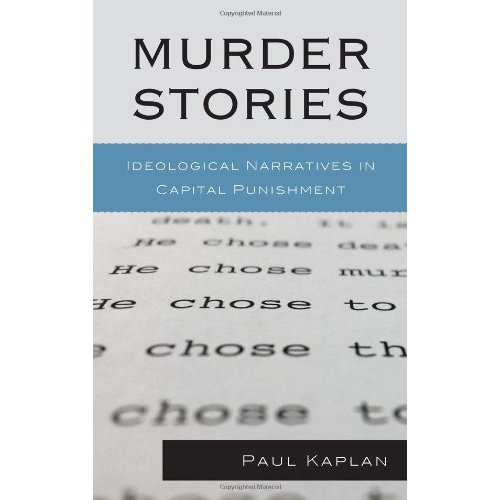 Murder Stories engages with the current theoretical debate in death penalty research on the role of cultural commitments to ‘American’ ideologies in the retention of capital punishment. The central aim of the study is to illuminate the elusive yet powerful role of ideology in legal discourses. Through analyzing the content and processes of death penalty narratives, this research illuminates the covert life of ‘the American Creed,’ (a nexus of ideologies—liberty, egalitarianism, individualism, populism, and laissez faire—said to be unique to the United States) in the law.
Murder Stories draws on the entire record of California death sentence resulting trials from three large and diverse California counties for the years 1996 – 2004, as well as interviews with 26 capital caseworkers (attorneys, judges, and investigators) from the same counties. Employing the theoretical framework proposed by Ewick and Silbey (1995) to study hegemonic and subversive narratives, and also the ethnographic approach advocated by Amsterdam and Hertz (1992) to study the producers and processes of constructing legal narratives, this book traces the ideological content carried within the stories told by everyday practitioners of capital punishment by investigating the content, process, and ideological implications of these narratives.
The central theoretical finding is that the narratives constructed by both prosecutors and defenders tend to instantiate rather than subvert the ideological tenets of the American Creed.

Contents:
Introduction
Capital punishment conflicts, narrativity, hegemony, and resistance
The American creed and American capital punishment
Death especially deregulated
The American creed in prosecutor and defender narratives
Forgetting the future : cause lawyering and the work of California capital trial defenders
Facts and furies : the antinomies of facts, law, and retribution in the work of capital prosecutors.
Includes bibliographical references (pages 183-191) and index

Paul Kaplan is associate professor in the Program in Criminal Justice in the School of Public Affairs at San Diego State University. He received his Ph.D. in Criminology, Law and Society from the University of California, Irvine in 2007. Prior to entering academics, Dr. Kaplan worked as a mitigation investigator on capital cases in California. His primary research area is capital punishment, but he also works on projects involving socio-legal theory, cultural criminology, and comparative law. His work has appeared in journals such as the Law & Society Review, Theoretical Criminology, and Law & Social Inquirí