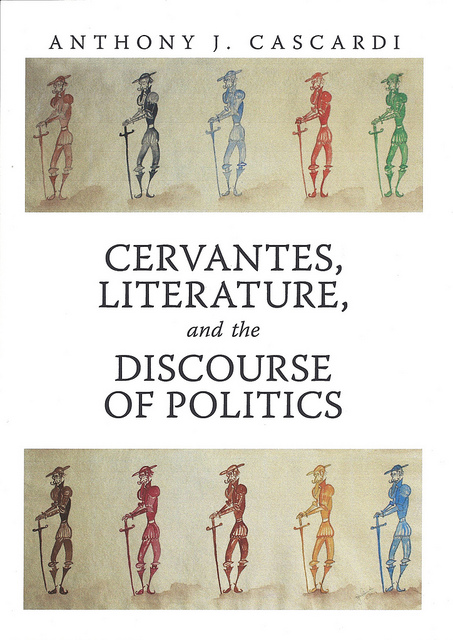 What is the role of literature in the formation of the state? Anthony J. Cascardi takes up this fundamental question in Cervantes, Literature, and the Discourse of Politics, a comprehensive analysis of the presence of politics in Don Quixote. Cascardi argues that when public speech is constrained, as it was in seventeenth-century Spain, politics must be addressed through indirect forms including comedy, myth, and travellers’ tales.

Cervantes, Literature, and the Discourse of Politics convincingly re-engages the ancient roots of political theory in modern literature by situating Cervantes within a long line of political thinkers. Cascardi notably connects Cervantes’s political theory to Plato’s, much as the writer’s literary criticism has been firmly linked to Aristotle’s. He also shows how Cervantes’s view of literature provided a compelling alternative to the modern, scientific politics of Machiavelli and Hobbes, highlighting the potential interplay of literature and politics in an ideal state.

2. What the Canon Said

5. The Practice of Theory

6. Politics Brought Down to Earth

8. Civil Society, Virtue, and the Pursuit of Happiness

Anthony J. Cascardi is the director of the Townsend Center for the Humanities and a professor of Comparative Literature, Rhetoric, and Spanish and Portuguese at the University of California, Berkeley.