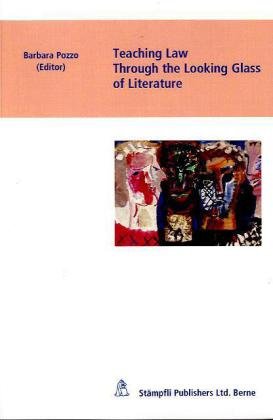 Shorttext
Law and Literature has a long history at American Universities. More recently the Law and Literature movement has begun to develop its own path at European Universities as well. The interest of European Law schools towards the Law and Literature movement should be quite evident. As law professors we need to face the question of the efficacy of our teaching tools. Law and Literature can help us to convey a better understanding of the role of the law and of lawyers in an historical perspective. This is especially true when we approach legal systems that do not belong to the Western Legal Tradition, but that involve a set of values profoundly rooted in a particular conception of society. In these cases, Literature can be used as a key in understanding the social impact of particular legal institutions, whose nature seem difficult to catch in the eye of the European scholar. Teaching Law through the looking glass of Literature may enable us to detect and to convey to students the deepest relations between law and language, law and culture, law and society, and to understand the profound values that lie behind the curtain of the law.