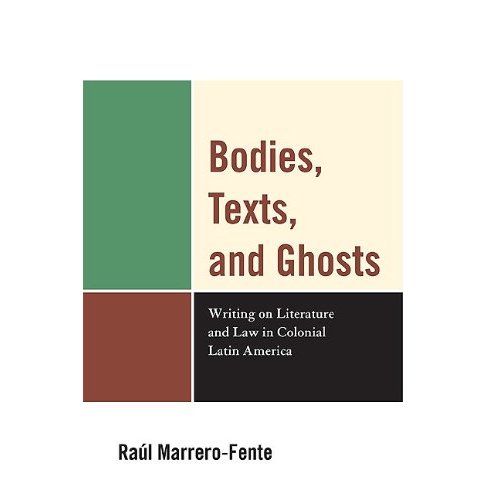 Bodies, Texts, and Ghosts aims to promote the dialogue between Hispanic Atlantic cultures by exploring legal and literary texts from a cross-cultural perspective, while also taking into account the theoretical contributions of spectral criticism. Marrero-Fente argues that a transatlantic approach provides a broader framework to rethink the ways in which literature and law have been formulated. According to Marrero-Fente, adopting a transatlantic perspective offers a method of thinking across geographical borders, which allows readers to examine in-depth the reciprocal cultural exchange between Spain and Spanish America during the sixteenth and seventeenth centuries. Through an interdisciplinary approach, the author studies how the different discursive formations of the colonial period represent racial, gender, and cultural differences on both sides of the Atlantic. This innovative approach to Hispanic studies creates new possibilities of interpretation, including the adoption of a global perspective in the field of colonial Latin American studies.