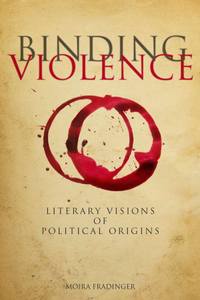 Binding Violence exposes the relation between literary imagination, autonomous politics, and violence through the close analysis of literary texts—in particular Sophocles’ Antigone, D. A. F. de Sade’s 120 Days of Sodom, and Vargas Llosa’s The Feast of the Goat—that speak to a blind spot in democratic theory, namely, how we decide democratically on the borders of our political communities. These works bear the imprint of the anxieties of democracy concerning its other—violence—especially when the question of a redefinition of membership is at stake.

The book shares the philosophical interest in rethinking politics that has recently surfaced at the crossroads of literary criticism, philosophy, critical theory, and psychoanalysis. Fradinger takes seriously the responsibility to think through and give names to the political uses of violence and to provoke useful reflection on the problem of violence as it relates to politics and on literature as it relates to its times.

Part. I: Sophocles’s Antigone or the invention of politics : we the city

The Most Modern of Tragedies: The Politics of Burial

Creon´s Edict: The Barbarians at Home

Part II: D.A.F. de Sade’s One hundred and twenty days of Sodom or the re-invention of politics : we the people

The Libertine Alliance: No Ordinary Pact in Times of War

Part III. Mario Vargas Llosa’s The feast of the goat or sovereign politics: we the nation-state.

Vargas Llosa’s Appeal to History: Within and Beyond Latin America

Necropolitics I: From “African Horce” to a Modern Country: Trujillo´s Body Politic and the Haitian Enemy

The Force of Imagination 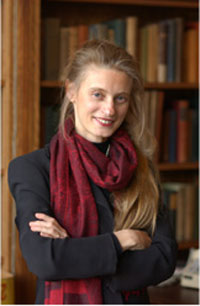